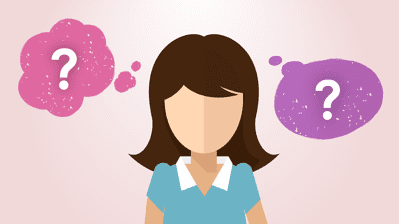 There is little doubt that bilateral mastectomy (BM) for unilateral cancer has risen sharply in the US, even in patients not carrying a deleterious mutation. This occurred despite data suggesting no difference in survival between BM, unilateral mastectomy (UM) and breast-conserving therapy (BCT). It appears therefore that the main motivation for choosing BM is the fear of subsequent cancer.

In a recent study published in the journal Cancer, authors from the Stanford University School of Medicine point out that there is no population-based data regarding the absolute reduction in risk of second breast cancers conferred by BM. Consequently, they used data from the California Cancer Registry to estimate the risk of second contralateral cancers. Both invasive or in situ cancers were considered.

Over 245,000 women were analyzed: 52.1% had BCT, 37.5% underwent UM and 7.6% underwent BM. The longest follow-up was 18 years with median follow-up of 6.7 years. Using a multivariate-adjusted model, BM recipients had a significantly lower risk of contralateral breast cancer compared to UM and BCT (HR 0.10). When adjusted for age and disease stage, results were similar (BM HR, 0.10; UM, HR 1.10; BCT, 0.85). Similar multivariable models showed similar risk reductions in older and younger women, age <50. There was also a similar risk reduction with BM based on hormone receptor status (ER/PR negative: HR 0.13, ER/PR positive: HR 0.09). It was interesting to note that there was a greater risk reduction in grade 1 and 2 tumors, HR 0.07 when compared to grade 3 tumors, HR 0.14.

This study shows that in a cohort of >240,000 patients diagnosed with unilateral breast cancer over an 18-year period. 3.2% developed a second breast cancer. When compared to BCT, BM had an absolute difference of 34 cases per 10.000 person-years, and when compared to UM, 43 fewer cases per 10,000 person-years. There was no improvement in the risk of death comparing BM and BCT, potentially due to enhanced surveillance. This might also be explained by the possibility of women having more aggressive tumors electing to undergo BM.

This study, as others, confirms that the risk of second contralateral breast cancers is uncommon. It also shows that there is a modest risk reduction with the use of BM compared to BCT and UM. This data should be taken into consideration when discussing surgical options in reducing second cancers It is, however, difficult to extrapolate this data to individual patients. The authors point out correctly that “patients differ in numeracy and the valence they place on risk reduction.” Furthermore, the authors point out that “Among patients with breast cancer, BM is estimated to reduce the risk of developing contralateral breast cancer substantially compared with BCT or UM, and to a level well below the average woman’s risk of developing a first breast cancer.”