For some women, a genetically inherited trait puts them at very high risk of developing breast cancer (BRCA Mutation).  Breast reconstructive techniques have advanced tremendously in recent years allowing preservation of beauty when a choice is made to undergo a risk-reducing prophylactic (preventive) mastectomy.  The Center for Restorative Breast Surgery offers BRCA detection services with a simple in-office test that may be performed at the time of your consultation. 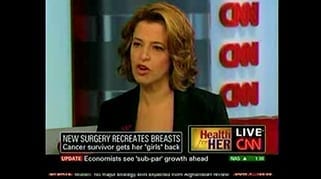 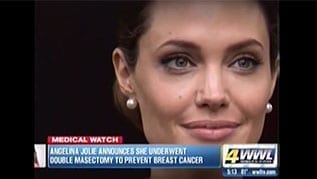 Center for Restorative Breast Surgery: A Profile on CNN

Over 250,000 women in the United States will be diagnosed with breast cancer in 2016. There are currently over three million women alive who have undergone treatment for breast cancer. And 5-10% of cases are due to a hereditary predisposition. The medical community has long recognized that women with a family history of breast cancer were at an increased risk of also developing breast cancer. In 1990 the first breast cancer gene was discovered, BRCA1. By 1995 the genetic code of both the BRCA1 and BRCA2 genes had been sequenced and genetic testing began.

BRCA1 and BRCA2 are the most common genes associated with hereditary breast cancer. All of us, men and women, carry these genes. It is not the presence of the genes that causes an increased risk of cancer. These genes serve the purpose of suppressing tumor growth, therefore it is a gene that is not functioning properly that increases risk to develop cancer. These changes in the gene, which affect its function, are called mutations. It is estimated that mutations in the BRCA genes account for approximately 20-25% of all hereditary breast cancers. The abnormal or mutated genes are not located on a sex chromosome, and therefore may be inherited from either the father or mother.

Risk of Other Cancers

It should be noted that risks associated with these 2 BRCA genes have come down from risks reported in the past as more data has become available, and this is why they are reported as a risk range. It is possible that these risk rates will be tweaked in the future.

Other Genes Associated with an Increased Risk of Breast Cancer

Individuals with a mutation in the TP53 gene have a condition called Li-Fraumeni Syndrome. This syndrome is associated with a variety of cancers including malignancies of soft tissues, adrenal gland, and brain. In women, there is a high risk of breast cancer generally occurring at a young age, a majority under age 45.

Reported risk for breast associated with PALB2 mutations range from 17-58%. There is also a slight elevation in risk for pancreatic and male breast cancer.

The lifetime risk of breast cancer with a CHEK2 mutation varies from 20-44% depending on the number of relatives affected. It is also associated with an increased risk of prostate, colorectal, and male breast cancer.

Associated with up to a 50% lifetime risk of breast cancer, particularly at young ages. There is also an elevated risk of pancreatic cancer. This gene is associated with a condition called ataxia telangiectasia which affects the nervous system, immune system, and other body systems.

Lifetime breast cancer risk has been reported as high as 30% with a mutation in this gene. It is also associated with an increased risk of prostate cancer.

An increased risk of breast (10-20%), as well as ovarian cancer, has been reported with a mutation in BRIP1.

Associated with a condition referred to as Cowden’s syndrome. The lifetime risk of breast cancer is reported to be 25-50%. There are also increased risks for endometrial and thyroid cancer.

Who Should Consider Genetic Testing?

There are common “red flags” that would make someone eligible for genetic testing.

In some instances, specific mutations are carried down through many generations in ethnically or geographically restricted populations. These mutations are called “founder mutations”. The most common founder mutations in the BRCA genes occur in Ashkenazi Jews (Eastern European). Three specific mutations in the BRCA genes have been described in Ashkenazi men and women. Experts suggest all Ashkenazi women and men who develop breast or ovarian cancer at any age are eligible for genetic testing. It is estimated that approximately 10% of Ashkenazi women diagnosed with breast cancer will carry one of these mutations. More controversial is the recommendation by some experts that all Ashkenazi men and women should test for these founder mutations even if they have not had one of the BRCA associated cancers. Approximately 1 in 40 will be found to carry one of these specific gene mutations.

What Does Genetic Testing Involve? Can it be Done at the Breast Center?

A single tube of blood or saliva can be used to perform genetic testing. What method used is dependent on the specific test and company performing the test. The test can easily be performed at our center. Results from the test generally take from 2-4 weeks depending on the number of genes tested.

Until just a few years ago, the two BRCA genes were the only genes commonly being tested. However, in the last few years, new genes have been discovered to also affect the risk of breast cancers as well as a variety of other cancers. Consequently, genetics companies now offer “panel” testing, which examines a large number of genes that impacts the risk of breast and other cancers. All breast cancer panels include tests for BRCA1 and 2. Depending on the company panels can test for as few as one additional gene and as many as 49. Your doctor should be able to pick out the appropriate test for you based on your family history.

Is Genetic Testing Covered by my Insurance?

In over 90% of instances, healthcare insurance will cover genetic testing for eligible patients. You do not have to check on your own coverage. Fortunately, the genetics companies have entire departments to perform this chore. Policy dictates that the genetics companies will not perform the gene test if not covered by insurance without first contacting the person testing. Co-pays differ depending on your insurance policy; however in many cases, there is no co-pay, and when an out of pocket is required it can range from $100-$375.

If I Test Positive for a Breast Cancer Gene and Decide to Undergo Mastectomy and Reconstruction, will it be Covered by my Insurance?