A Brief History Of Herceptin® and the Her2 Cancer Gene 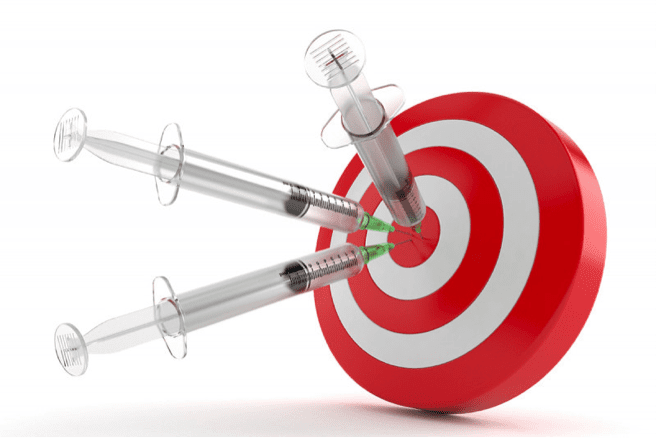 Was Herceptin® the first targeted therapy for breast cancer?

Chemotherapy is not considered targeted therapy. Chemotherapy attacks all rapidly dividing cells, which can lead to a number of side effects. Because chemotherapy does not distinguish between dividing cells, it’s not considered targeted therapy. The first targeted therapy for breast cancer was not a drug at all but the removal of the ovaries. Removing the ovaries as a treatment for breast cancer was first proposed by a German doctor, Albert Schinzinger, in 1889. However, the honor of being the first to perform this procedure goes to Sir George Thomas Beatson, a British physician, in 1896. Another 70 years passed before anyone discovered why removing the ovaries was an effective treatment. In 1958, Elwood Jensen discovered the estrogen receptor. The estrogen receptor is a protein located inside the cancer cell. When present, estrogen is able to bind with this protein, stimulating a cancer cell to grow. Its presence explains why certain drugs and removal of the ovaries improve survival rates for patients with cancers that are estrogen receptor-positive. The discovery of the estrogen receptor stimulated the growth of antiestrogen drugs such as tamoxifen and anastrozole. All of these drugs are considered targeted therapy. So, the answer to the question as to whether Herceptin was the first targeted therapy is a resounding no.

In 1986, Alex Ullrich, a scientist working for the biomedical company Genentech, discovered a protein that was created by the Her2 gene. Her2 is considered an oncogene that causes cancer to develop and grow. The Her2 gene belongs to a family of genes that stimulates cell growth. In 1998, it was discovered that the Her2 gene and protein were associated with adverse breast cancer outcomes. It was at this time that measuring Her2 entered the world of clinical medicine. Doctors began measuring Her2 protein levels in breast tumors and using this information to determine a prognosis and whether a patient required chemotherapy. The Her2 gene was considered active, or what doctors call overexpressed, in approximately 20-25% of breast cancers.

For about a decade, Her2 was measured solely to predict prognoses. Then, in the early to mid-1990s, an antibody (called a monoclonal antibody) was developed that blocked the tumor-stimulating effects of the Her2 gene. The drug was called Herceptin (trastuzumab) and was developed by the company Genentech. Initially, as in other drug therapies, Herceptin was used to treat patients with metastatic disease. However, as the drug rang up successes in the metastatic setting, attention turned to using the drug in the adjuvant setting (given after surgery in curable breast cancer). As in the metastatic setting, adjuvant Herceptin found similar success. Finally, and much more recently, Herceptin markedly improved tumor shrinkage when given before surgery (neoadjuvant therapy).

If there was one hero in the Her2-Herceptin story, it was Dr. Dennis Slamon, the current chairman of medical oncology at UCLA. It was through the efforts of Dr. Slamon that Genentech funded research leading to the development of Herceptin. His struggles to develop and test Herceptin were ultimately depicted in a Lifetime movie named Living Proof. (The trailer can be seen here)

It is now 2020, and despite all of the advances of the last decade, we have just arrived at the beginning. There are now at least six drugs that inhibit the Her2 gene. There are also chemotherapy drugs that have been chemically attached to Herceptin, along with similar targeted drugs that we should see in clinical use in the very near future. Again, this is just the beginning.