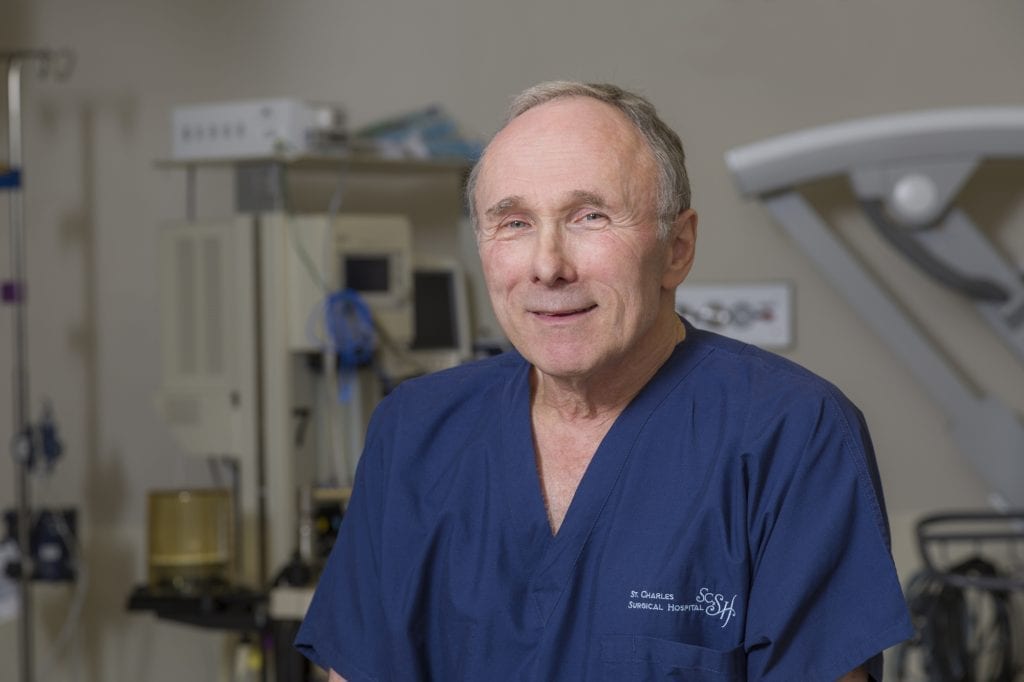 Traversing the two decades spanning the late 1960s through the 1980s, a procedure called subcutaneous mastectomy was being performed for both risk reduction, benign breast disease, and, in some cases, cancer. A subcutaneous mastectomy included removal of the breast tissue, leaving the skin envelope as well as the nipple and areola intact. The excitement was short-lived. Reports of poor cosmetic results as well as the occasional development of cancer in the mastectomy site eventually doomed the procedure. Looking back now, it seemed obvious that breast reconstruction was still at its early stage of development, and, just as significant, with an eye mostly on cosmetic outcome, surgeons were not being sufficiently thorough in their approach to removing the breast tissue.

Flash forward 20 years, and a tidal wave of changes came together to form a perfect storm, readying the surgical world for the massive changes to come. What were these changes and how did they impact the surgery of breast cancer so profoundly?

Regular mammographic screening did not begin until the mid-1980s. During that time, low-dose, high-resolution imaging had become available compared to the higher dose, less accurate mammography of prior years. Prior to screening mammography, breast cancers were generally diagnosed only when they became a lump and could be felt on examination. Mammography, for the first time, allowed cancers to be diagnosed prior to becoming large enough to feel. As years passed, mammography improved as radiation doses lowered, and its ability to diagnose cancer at a smaller and smaller size became a reality. As cancers got smaller, our ability to preserve the skin of the breast became more realistic. Similarly, the chance of the cancer spreading to the nipple was also reduced.

Adding chemotherapy and or hormonal therapy to the surgical treatment of breast cancer not only improved the cure rate of cancer but it also had a profound effect on the chance of a cancer recurring in the breast. As these adjuvant therapies improved, surgeons found that they did not have to perform procedures as radical as those performed in the past. Again, less skin removal was required as the fear of local recurrence in the breast was lessened.

The era of genetic testing for breast cancer began in the mid-90s when the BRCA1 and BRCA2 genes were discovered. Significant testing, however, did not begin until after the year 2000 when insurance companies began to cover the cost of these tests and knowledge of their availability became more widespread. Suddenly, women in their 20s, 30s, and 40s became aware of their increased risk of breast cancer, and many sought mastectomy as a viable risk-reduction option. The pressure was on for surgeons to develop techniques to improve cosmetic results in women undergoing mastectomy, not to treat cancer but to prevent it.

The part played by improvements in breast reconstruction in pushing surgeons toward nipple sparing surgery cannot be overstated. The improvement in silicone implants and the addition of the use a human skin substitute called acellular dermal matrix have dramatically improved the look and feel of implant breast reconstruction. More dramatic has been the development of the use of body fat to reconstruct the breast. Although use of the woman’s own tissue to reconstruct the breast has been used around since the early 1980s, it wasn’t until the late 80s and early 90s that tissue could be harvested without impacting the woman’s musculature. Since that time, improvements in technique, as well as the ability to harvest tissue from various parts of the body, have made this type of reconstruction the gold standard when comparing the look and feel of the reconstructed breast.

For over two decades, the rate of women choosing bilateral mastectomy has risen. This is happening even for women who do not have a positive gene test or have cancer in only one breast. In one study, the rate of women choosing bilateral mastectomy with unilateral cancer has risen by over 150%! There are likely multiple explanations for what is a worldwide trend. Certainly, the advent of genetic testing, along with the dramatic improvements in breast surgery and reconstruction, account for much of the increase. There is little doubt that the very public choices made Angelina Jolie had an impact. But beneath these advances appears to lie a culture shift. Women now come to their doctors well-educated, knowing what type of surgery is available as well as reconstruction options. Many fear the many years of follow-up and others just don’t want to deal with the possibility of another cancer. No matter the reason, the reality is that more women now choose bilateral mastectomy, whether it is for risk reduction or to treat a cancer in one breast.

How often does cancer originate in the nipple?

One might think that, given that mastectomies have been performed for over a century, we would have an abundance of data clearly identifying the number of cancers that originate in the nipple. Interestingly, there is almost no data to help us identify this risk! The only data that I could find is in a rather obscure article published in 1956 by Drs. Congdon and Dockerty in a British cancer journal. They examined over 10,000 breast cancer cases and could identify only 29 that they believed originated in the nipple (0.3%). This, of course, does not include a condition known as Paget’s Disease, which is cancer that spreads to the nipple from deeper in the breast. So, although we don’t know exact chance of a cancer originating in the nipple, we do know that it’s rare.

Why is it so rare for cancer to originate in the nipple?

Because of some incredible scientific work in the 1970s, we now know that almost all breast cancers (ductal and lobular) originate from a very specific type of milk duct. Do these types of milk ducts exist in the nipple? We decided to put it to the test. In 2007, working with the pathologist Dr. Jianzhou Wang, we looked microscopically at the nipple of patients having total mastectomies. As expected, we found that these special milk ducts, the site where cancer originates, are found very infrequently in the nipple. This work has subsequently been confirmed by two other studies. It is likely that the infrequent appearance of these specialized milk ducts is the explanation for the infrequent development of cancer in the nipple.

There have been at least 24 studies looking at the safety of nipple-sparing mastectomy used for risk reduction. When combining these studies, 6,044 women had various types of prophylactic mastectomy including nipple sparing, skin-sparing, and total. At the time that this study was published in 2015, there were only 21 women who had developed breast cancer out of over 6000 women studied. Only one patient (0.3%) developed cancer in the nipple!

One of the obvious ways to look at the risk of nipple involvement in patients with cancer is to carefully look for signs of cancer in patients whose nipples have been removed during a mastectomy. Multiple studies have been performed doing this exact thing. If you eliminate the very small studies and just look at the studies that had over 500 patients, you begin to get a good idea of this risk. In these larger studies, the risk of nipple involvement varied from 12-16%. Looking at it another way, about 85 women out of every 100 who develop breast cancer do not have the nipple invaded by cancer, and it, therefore, may be preserved.

Of equal importance is that these studies could identify various factors about the cancer that increased the risk of nipple involvement. For instance, it has been demonstrated that larger cancers and cancers that arise close to the nipple are at an increased risk of spreading to the nipple. We also know that non-invasive cancer (DCIS) is more likely to have nipple involvement when compared to invasive cancer. Many surgeons now use these various cancer factors in determining candidates for nipple-sparing surgery.

In a study reported by our own staff in conjunction with Tulane University, we found that these cancer factors, though important, did not always predict nipple involvement. In fact, using careful microscopic study, we found that about 40% of patients denied nipple-sparing mastectomy due to these cancer factors had no cancer found in the nipple. Our surgeons as well as many others at major cancer centers utilize biopsies of tissue beneath the nipple as determining whether nipple-sparing mastectomy is appropriate. Though it is not the perfect tool, it appears to be the most accurate method of determining the presence of cancer in the nipple while maximizing those women who can undergo nipple-sparing surgery.

Unfortunately, there has been no large randomized clinical trial comparing nipple-sparing mastectomy with other types of mastectomy. There have, however, been multiple smaller studies from individual surgeons or institutions. In general, these studies have led to the conclusion that the rate of recurrence and survival does not differ when comparing all types of mastectomy. I am not aware of any large clinical trials open in the United States at this time. Because of the popularity of nipple-sparing surgery and the widespread use of this procedure in major breast and cancer centers nationwide, the likelihood of a major clinical trial is low.

We’ve come a long way, from the radical mastectomy, to modified radical mastectomy, to skin-sparing and now to nipple-sparing mastectomy. We have assisted women in maintaining a positive body image and an improved psychological recovery. Yet we have not yet developed the perfect operation for women requiring or choosing mastectomy for cancer or risk reduction. In most instances, we fail to maintain sensation in the nipple or surrounding skin. And, most importantly, we cannot entirely eliminate the risk of developing a recurrence or a new breast cancer. Surgeons have proven time and again that, no matter how thorough we think we are at removing all breast tissue, this feat is rarely accomplished. So, we have come a great distance, but we still have a long way to go. There is only one guarantee that can be made, that breast and reconstructive surgeons will continue to push the envelope towards the goal of achieving the perfect mastectomy and the perfect reconstructive outcome.