On a Wing and a Prayer 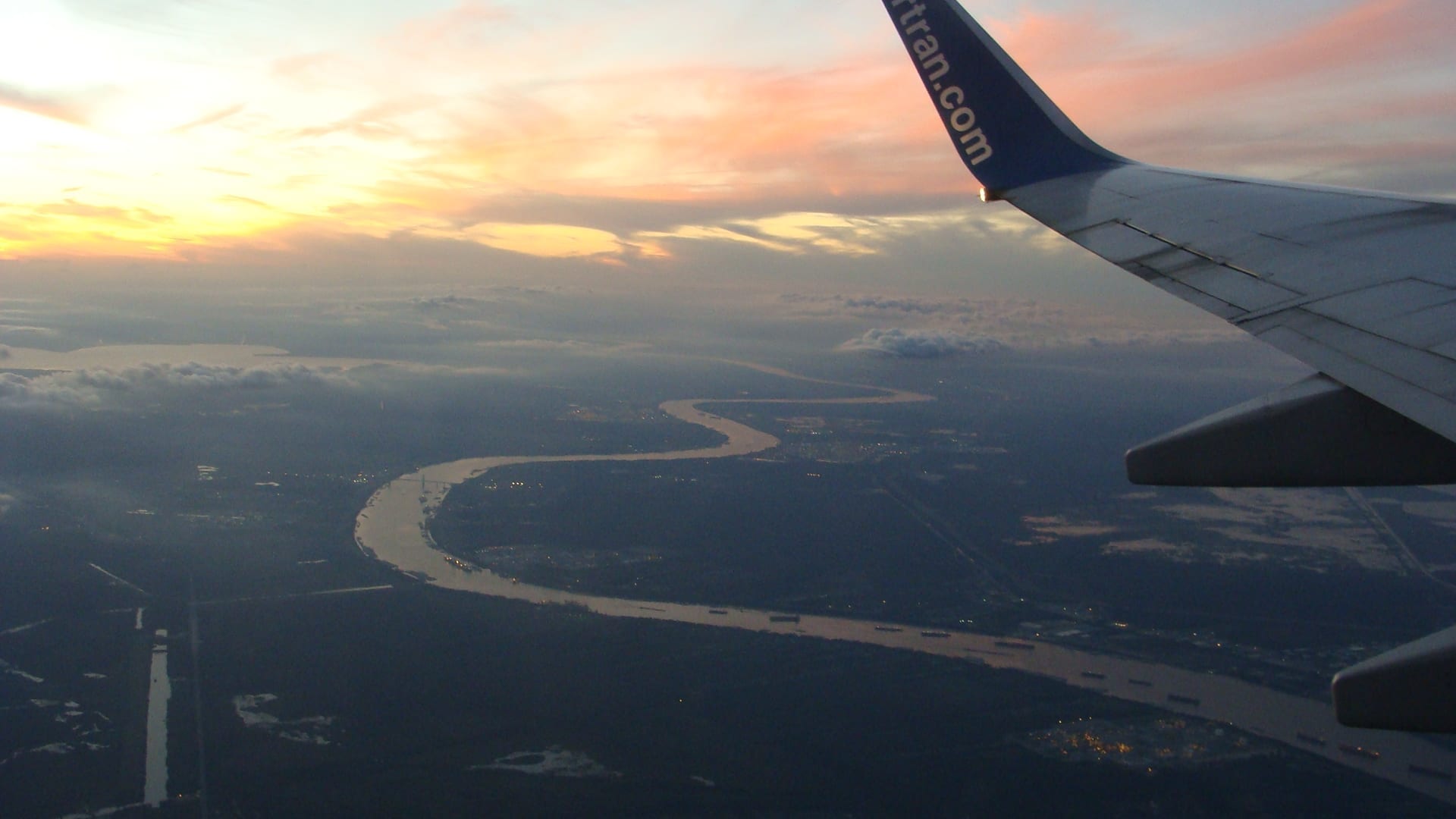 “We’ve begun our descent to New Orleans.” The pilot’s voice crackled over the intercom. “Current weather is a sunny 75 degrees. We should be at the gate in about twenty minutes. Thank you for flying with us today.”

I stowed the magazine and turned my attention to the wide, blue yonder out the window. The words, “on a wing and a prayer,” passed through my mind—a phrase my mother occasionally used. What does that saying mean, exactly, and where does it come from? I wondered.

In the five months since my breast cancer diagnosis, I’d been wondering lots of things. Not the least of which was why this was happening to me. I wondered on a basic level—what had I done or not done to let this into my body. And on a more metaphysical one—was there a higher purpose to my getting cancer? What am I supposed to learn from it?

One thing I had learned was how little control I really had over my life. And the medical establishment took up where the cancer left off, as they channeled me from test to test, doctor to doctor, and surgery to surgery. I had to admit I’d been complicit in the process, though. Not what I would have expected from myself, I’d kind of checked out from any personal responsibility for my treatment plan.

Following my first oncologist visit, I remember standing with my husband at the receptionist’s desk as she scheduled my first chemotherapy appointment. She’d phoned the infusion clinic and was relaying my information to the person on the other end of the line. As I heard her say the words, “Eve Wallinga—Breast Cancer,” the reality of it became too much. I told my husband I couldn’t deal with it, leaving him to steer the plane alone. Tears spilled just as I made it out the heavy glass clinic doors. I collapsed beneath a tree on one of the parking lot islands and wept bitterly.

But for the part of the journey I was on now, breast reconstruction, I’d left that helpless person behind. I’d done my research. I concluded that I didn’t want implants and preferred using my own fat, if I could. The idea of a foreign object in my body just plain creeped me out, not to mention the problems lots of women seemed to have with them down the road.

The surgeons in New Orleans seemed to have the most experience with fat flap reconstruction and were the only ones who were stacking flaps for women who didn’t have enough for a single scoop, like me. I was also impressed by the scholarly articles they’d written on the subject. That showed me their interest was not just in making money, but also sharing their skills and contributing, in a real way, to the quickly evolving field of breast reconstruction surgery.

It’s believed that the phrase, “on a wing and a prayer” became part of our language from a 1943 hit song inspired by the true story of a WWII American aircrew trying to make it back to base in their damaged warplane. The plane had lost an engine and was riddled with flak. As they approached the shore of Britain, the captain reportedly said, “Those who want to, please pray.” It’s used now to describe an effort to succeed in the face of difficult or dangerous circumstances, hoping that luck, or God, will see you through.

I gazed out the airplane window, watching the shining water of the Mississippi River meander below. On a wing and a prayer. I prayed to God I’d made the right decision in journeying all this way from Minnesota to have surgery with a doctor in New Orleans, whom I’d never even met. In choosing him, I’d done all I could to secure a highly skilled pilot who’d flown many difficult missions (to extend the metaphor—including helping other women whose bodies were like mine—flak-ridden and missing one engine . . .).

The wheels lowered for landing. I buckled my seatbelt.

Eve Wallinga was diagnosed with breast cancer in May, 2006. In October, she traveled from her home in St. Cloud, Minnesota to New Orleans for delayed unilateral stacked DIEP flap reconstruction at the Center for Restorative Breast Surgery. She returned in 2010 for prophylactic mastectomy with immediate SGAP flap reconstruction. Her novel, The Voodoo Breast: A Novel of Healing, was inspired by her experiences in New Orleans. It was named a Best Book of 2014 by Kirkus Reviews. Visit her website at www.evewallinga.com. 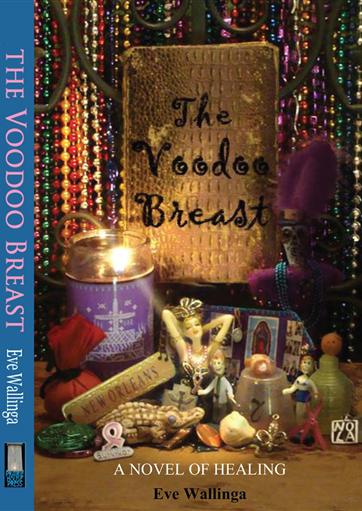 Wallinga’s imaginative debut begins with married couple Allie and Kevin asleep in their hotel room in the magical French Quarter. From somewhere nearby, Allie can hear jazz music sounding as if it were coming from another world. The story flashes back to Allie’s mastectomy. Though she survived the surgery and doesn’t need treatment, Allie is haunted by her health scare and feels that losing her breast was like “losing a close friend…a dear and intimate part of her.” Upon discovering a hospital in New Orleans that can reconstruct a woman’s breasts using the fat of her own body, Allie convinces Kevin to fly with her to New Orleans, which is still reeling from Hurricane Katrina. Allie decides she wants not only to improve her body, but to learn more about voodoo. Allie’s connection to her body becomes a story not only of identity and femininity, but of magic and invisible spirits. As Allie’s body recovers, her soul undergoes its own healing and, eventually, so does her marriage. The Big Easy stars in this affecting novel about a couple’s unusual route to redemption.