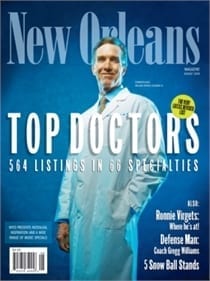 Having breast cancer is difficult, as is having a mastectomy. After undergoing such an emotionally and physically arduous experience, many women confront the tertiary challenge of breast reconstruction, and all too often, correcting a failed breast reconstruction. The life’s work of doctors DellaCroce and Sullivan is to reduce the frequency of this heartbreaking scenario.

Unfortunately, approximately 30 percent of the doctors’ practice involves corrective breast reconstruction to improve the poor outcome of a prior reconstruction attempt. These are the doctors’ toughest cases. Women who have had a mastectomy in the past and have undergone attempted reconstruction that failed or resulted in a poor outcome, including scarring, deformation or implant complications, seek out doctors DellaCroce and Sullivan for their expertise and innovative techniques. “They end up on our doorstep looking for a solution, and our charge for those women is not only to correct the disfigurement but also to try to create a beautiful breast at the end of our time with them,” says DellaCroce.

To prevent “redo” reconstruction and multiple surgeries, the doctors are active in raising awareness about the availability of immediate reconstruction, as many patients are unaware that that is an option.

Together, doctors DellaCroce and Sullivan have pioneered groundbreaking methods of breast reconstruction and in doing so have increased options available to women seeking the procedure. These include the use of one’s own tissue from the stomach and hip as material for recreation of a natural breast. Using sophisticated microsurgical techniques, the surgeon transplants fat from other areas of the body and reconnects the blood vessels to those in and around the breast. Further, a technique known as The Body Lift flap recreates a new breast, while also offering the benefit of a tummy tuck, a narrowing of the waist and a buttocks lift as a complement to the collection of fat that’s used to recreate the new breasts. Another innovative technique the doctors’ efforts helped pioneer is known as the Nipple-Sparing Mastectomy, which preserves the breast skin and nipple area during a mastectomy so the breast envelope may be filled with tissue from the abdomen or buttocks. The result of these advanced surgical techniques is a more natural looking breast.

The doctors’ ability to preserve as much of the breast as possible isn’t only cosmetic but life saving. For example, about 10 percent of the doctors’ cases involve surgeries prompted by positive test results for the rare breast cancer gene (BRCA), such as that undergone by celebrity Angelina Jolie. Women who test positive for the BRCA gene must make a difficult decision; they could forego surgery in hopes of never developing breast cancer, or they can take control and undergo surgery. Techniques developed by doctors DellaCroce and Sullivan make this choice slightly less daunting. DellaCroce believes that without the availability of such reconstructive procedures, fewer young, healthy women would elect to undergo a preemptive mastectomy, despite their genetic predisposition to breast cancer. As DellaCroce says, “Undergoing surgery is still difficult, but it makes it a little better to know you can come out of surgery and still look like yourself with a whole and beautiful surgical outcome. The more educated people are, the more encouraged they become to be proactive.”