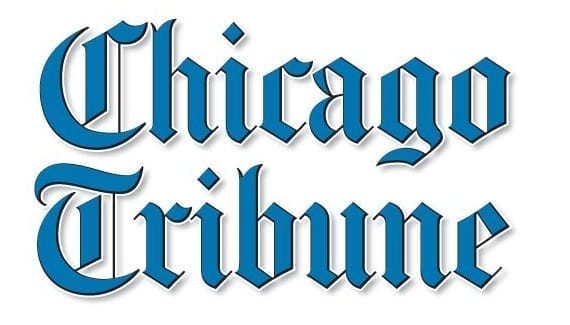 A new you: Post-mastectomy options

Not all women choose reconstruction after mastectomy. The options are many.

It had taken some years for Nicole McLean to embrace her God-given breasts, ample at size H cups. So when, at 39, she was diagnosed with stage 3 breast cancer and told, despite her adamant protests, that mastectomy was the best option, McLean never hesitated to pursue reconstruction.

For Barbara Kriss, a second breast cancer diagnosis three years after her first left her eager to do anything to prevent a third. So, at 57, she had both breasts removed — and rather than put her body through any more surgery, she let her chest remain flat.

Deciding what to do about breasts post-mastectomy — implants or natural tissue reconstruction, breast forms or nothing at all — is among the most personal and emotional choices women make in the breast cancer battle.

Some doctors and advocates worry women don’t know all of their options.

A survey last year by the nonprofit Cancer Support Community found that 40 percent of women didn’t receive full information about reconstruction at the time of their breast cancer diagnosis.

“Losing a breast is like an amputation; women need to know that reconstruction is available for everyone,” said Dr. Christopher Trahan, plastic surgeon at the Center for Restorative Breast Surgery in New Orleans. His practice sees many women who were inaccurately told they’re not candidates for reconstruction.

Kriss, by contrast, feels that doctors push reconstruction for women to “feel whole” and don’t acknowledge that breasts aren’t so important to everyone. Kriss, of Miami, was eager to get back to her active lifestyle without further complications, so she asked her mastectomy surgeon to leave her breast-free chest as aesthetically pleasing as possible.

“I didn’t find it very upsetting,” Kriss said of seeing her symmetrical incisions post-mastectomy. Kriss, now 62, wears breast forms under her clothes and runs the nonprofit site breastfree.org to offer advice and prosthesis resources for women who choose not to reconstruct or want more time to think about it.

Federal law requires group health plans that cover mastectomy to also cover the cost of reconstruction, including surgery to balance an old breast with the new, as well as external breast prostheses. Deductibles and co-payments must be the same as those for other conditions covered by the plan.

Women choosing reconstruction have many options, though they may have to shop around to find doctors with expertise in more innovative procedures.

In addition to silicone implants, which are the most common reconstruction choice, doctors can create new breasts using living tissue from the abdominal region (such as TRAM or DIEP flaps) or upper back (called latissimus dorsi flaps), giving the new breast a live blood supply and much more natural look and feel than implants, Trahan said.

While natural tissue reconstruction is more invasive and entails longer recovery than implants on the front end, implants often require more surgery down the road: Half of women who get silicone gel implants for reconstruction have to get them removed 10 years later, according to the FDA, which also advises those with silicone implants to check for subtle tears every two years with an MRI. Implants also run the risk of capsular contracture, wherein the connective tissue overscars and can cause hardness and pain, and they are not advisable for women who must undergo radiation.

One of the most advanced natural tissue procedures is called DIEP, which uses extra tissue and fat without disturbing the muscles and therefore requires less recovery, Trahan said. Doctors can combine fat taken from the abdomen and hips to create a breast, which is helpful for thin women who don’t have much fat to spare or those needing to match a very large breast, Trahan said.

On the implant end, a newer innovation is the adjustable saline implant, which is put in at the time of mastectomy and gradually injected with saline every week, during brief doctor’s visits, until the correct breast size is achieved, said plastic surgeon Dr. Jeffrey Weinzweig. Adjustable implants eliminate the need for expanders, which are commonly required before having an implant inserted to gradually stretch the skin.

For McLean, who chronicles her experience on her blog, “My Fabulous Boobies” (fabulous-boobies.blogspot.com), getting a new breast was worth the long journey.

Because she required radiation post-mastectomy, McLean held off on reconstruction for 10 months, an “unbelievably difficult” period because the prosthesis she wore on her breastless side was smaller than her natural breast, and she was self-conscious about being lopsided.

Reconstruction, when the time came, was a 12-hour surgery for the TRAM procedure with an eight-week recovery at home. A few months later, McLean had her natural breast reduced to match the new one.

McLean, now 42 and living in a suburb of Washington, has no sensation in her new breast and the scars remain. But she likes that she can wear a halter top if she chooses — and a flatter tummy is a nice bonus.

“It was the only thing that I thought would make me feel more normal after everything I had gone through,” she said.

Women who opt not to reconstruct also have many options.

Breast forms come in different skin tones, with or without nipples, and the best are made of lightweight silicone to maximize comfort, Entwistle said. Mastectomy bras, lingerie and swimsuits with pockets to hold breast forms are being made in increasingly attractive styles.

Entwistle also recommends women prepare for the trip home immediately after mastectomy by getting a post-surgery bra or camisole with drainage pouches.

“It’s very important not to send a woman home from the hospital with nothing to wear,” she said.

10 years: The average life span of most breast implants, according to Dr. Christopher Trahan, plastic surgeon at the Center for Restorative Breast Surgery in New Orleans.