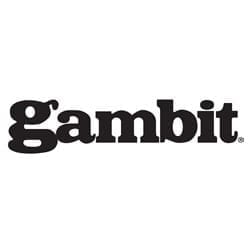 On her 52nd birthday, Rita “Cookie” Relan of Slidell learned she would have to have a mastectomy to treat cancer in the ducts of her breast. In November 2006, a month after her diagnosis, Dr. Agustin Suarez, a breast surgeon with Hemataology &amp; Oncology Specialists, removed the affected breast tissue,
and plastic surgeons Drs. Frank J. DellaCroce and Scott Sullivan, of the Center for Restorative Breast Surgery (CRBS) in New Orleans, rebuilt her breast using fat from her own body – all during the same surgery.

“I think the whole thing was just less traumatic, waking up and having a breast,” says Relan, who underwent chemotherapy and has been in remission for almost two years. “The whole experience, to me, wasn’t as terrible as I thought it would be. I felt I got away easy.”

Helping women regain a normal life after breast cancer is what led DellaCroce and Sullivan to found the CRBS in 2003, and two weeks ago the doctors opened the world’s first hospital dealing solely with state-of-the-art breast surgery. St. Charles Surgical Hospital (1717 St. Charles Ave.), adjacent to the CRBS, is a 60,000-square-foot facility with 17 beds and six operating rooms and is designed to treat breast cancer patients from their initial consultation through recovery. Sullivan and DellaCroce perform the reconstructions, but they have partnered with oncologists and other specialists to provide everything a patient needs in one place.

Entering the waiting room at the hospital is more like walking into a luxury hotel or a resort than a medical center. The lobby and other common spaces are large and well-appointed, with beautiful furniture and eclectic accessories, all selected by the local interior design team of Chrestia, Staub and Pierce. Covington artist Emery Clark also was consulted to help with healing arts, using paintings and photographs to impart a sense of serenity and well-being. Above patient beds in the recovery area, Clark selected photos of oak tree foliage and blue sky to replace ceiling panels so patients have a sense they are looking through a skylight or are resting under a tree canopy.

The patient rooms also are spacious and hotel-like – the Ritz-Carlton was consulted on their design – and each is equipped with a Murphy bed to comfortably accommodate family members or friends. Monitoring and other medical equipment controls above patient beds are hidden behind a pull-down painting or other work of art. Some patient suites also have an attached living room area equipped with a large-screen TV and furniture for lounging.

Daily meals are prepared by Savvy Gourmet, and each floor has community kitchen facilities and a refrigerator stocked with snacks and drinks for patients and their families. Spa treatments performed by Belladonna Day Spa are available and aromatherapy throughout much of the facility provides ambient relaxation and cuts down on medical odors normally associated with hospitals.

State-of-the-art surgery suites are monitored on a TV screen so nurses can react quickly when needed but can limit the number of times the door to the sterile rooms are opened.

“The hospital should speak for itself,” Sullivan says. “The key is the attention to detail that’s there: the artists, designers, consultants we used, the best type of recovery surroundings, the type of food we serve and how it’s presented, the subtleties.”

“It’s the first place in the world built around and conceived for the needs of these kinds of patients,” DellaCroce adds. “There’s no other place you can find that can make that claim. It’s designed to operate on a worldwide stage, because our patients come sometimes from Germany, Africa, Puerto Rico, all over the world. This has to be of a quality to compete on that worldwide stage.”

Even the location on St. Charles Avenue can help in recovery. “We wanted to giver our patients freedom to get around if they wanted to,” Sullivan says. “It helps to have a distraction from their surgery. We encourage them to explore plantations, restaurants, visit the French Quarter.”

“New Orleans is built for the traveling tourist,” DellaCroce says. “There are a lot of things that appeal to the traveler-patient coming in from away. It eases the entire event; there are these other little bright spots you can fold into the process.”

Beyond the facilities, women who visit the hospital receive medical care from first-class surgeons who have pioneered revolutionary (but proven) approaches to breast reconstruction. DellaCroce and Sullivan have developed procedures in which they use a patient’s fat, and sometimes muscle and blood vessels, to reconstruct a breast after an oncology surgeon has removed diseased tissue. If the reconstruction is performed at the same time as a mastectomy, they normally can save the nipple and outer skin of the breast, limiting the need for skin grafting. Sullivan and DellaCroce have performed thousands of such surgeries, and take on all types of cases, even failed implants and patients for whom other surgeons’ attempts to restore a breast resulted in disfigurement.

“We got into this not only because of the challenges of reconstructive surgery and the deficiencies in the aesthetic results that were out there,” Sullivan says, “but we like the refined microsurgical complex reconstructive techniques. We’re able to apply the cosmetic, or aesthetic techiques to that, make it a hybrid so you can give these patients a better result.”

Patients also don’t have to worry about having the surgery again as they age because their own fat and tissue is used to form the breast. “It lasts for their entire life,” Sullivan says. “It’s living tissue from them. They can’t reject it. It changes in size and shape as they change.”

DellaCroce and Sullivan say too many women opt to have mastectomies – often choosing to have both breasts removed for fear the cancer will recur – but don’t have reconstructive surgery because they’re afraid they’ll look worse than having no breasts at all or because their doctors don’t recommend it. About half of the procedures the CBRS doctors have performed so far are “redos” to correct botched reconstructions by other surgeons.

“A majority of places in the country don’t have access to decent reconstruction,” DellaCroce says. “Some [women] come out grotesquely disfigured. The results are always going to be better if [the surgeons and patient] have the opportunity to plan the sequence of events on the front end.

“The good news is… we’ve been able to develop (techniques) and move faster than the rest of the curve because this is all we do and we do so much.”

They bemoan doctors’ common recommendations for women to undergo lumpectomies and radiation treatments to try to save a breast instead of removing all the tissue that could have cancer, then undergoing reconstructive surgery.

“Lumpectomy and radiation is usually favored, oftentimes because (doctors) don’t know about good reconstruction,” DellaCroce says. That tack comes with problems beyond the aesthetics, the CRBS doctors say, because women can only go through radiation treatment once due to the damage it causes to tissue and associated health problems such as cardiovascular disease. So if a woman has undergone lumpectomy and radiation treament and the cancer returns, she must have a mastectomy anyway.

“Lumpectomy with radiation sounds great, because they retain their breast and they retain some sensation,” Sullivan says, “but I don’t understand the philosophy that goes along with it. It’s diseased tissue. If you have thyroid cancer, they take out your whole thyroid; if you have pancreatic cancer, the pancreas comes out. Yet, we’re willing to take a golf ball-size mass of breast tissue out of you and radiate the heck out of you – not only your breast but your heart and lungs get radiated. That doesn’t make sense to me.”

There also are women who have not been diagnosed with breast cancer but choose to have prophylactic mastectomies because of their family medical history or because a blood test has shown they have a gene known to cause breast cancer.

“The bright spot in this whole dark decision (about how to treat breast cancer), is that your body can still be whole after this whole process,” DellaCroce says. “(Reconstruction) is giving you the ability to actually recover and reach a place where you are over it and you are healed.”